Posted on November 12, 2014 by Joanellserraauthor 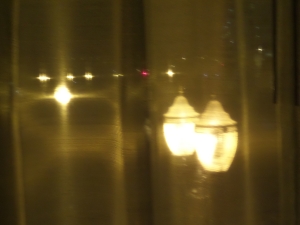 A Blue Moon beer on the table, almost empty.
Plenty of wood on the fire, though, pushing back against the cold night. And I’m alone with a good book.
It’s quiet, the silence broken only by the gently hiss of old wood burning.

Where are the children?
One of you is at a soccer party. Mourning the season, enjoying the poignant camaraderie of other boys.
One watches a football game in the next room, with the girl he loves.
One writes poetry in the northwest, sends me witty texts between stanzas.
One prepares her lesson plans in the city by the bay. Perhaps curled up against the fog with her lover.

My husband calls between flights, the purgatory of a Midwestern airport.
He’s returning from a young man’s funeral. His cousin’s boy. The shy one, with the cautious but sincere smile. Pulled from the world by the siren’s call of peace.

“We are so lucky,” my man says, his voice betraying the brimming pain.
“I know,” I say, watching a log give way and crumble into the fire. “I know.”